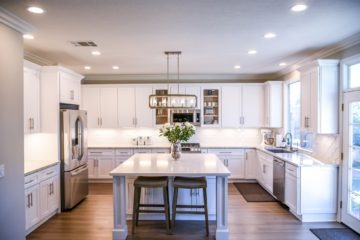 How much should you charge for a rental property?

When you invest in real estate, part of how you’ll recoup your investment and boost your profits lies in the tenants that live on your rental property. You want to charge them a reasonable rate that fits with the market value of the area or else they will look for […] What is forced appreciation and how to take advantage of it

In the world of real estate investment, one of your best scenarios is buying a property that appreciates. If you take care to do the right research and buy in the right areas, you’ll find that your property appreciates over time. However, not everyone is all that patient. It makes […] 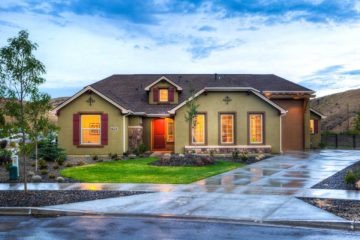 Have you heard of the 1% rule for real estate? If you’re looking to invest in real estate, it’s basically your guideline for evaluating that potential for a property purchase. This rule of thumb can be pretty handy when it comes to making smart investment decisions in real estate. Basically, […] Is it better to cancel unused credit cards or keep them?

Some of us are guilty of having unused credit cards taking up precious real estate in our wallets. Perhaps you’ve got an old store card you opened to get a discount on a purchase but haven’t shopped there in years. Perhaps it’s a general credit card that got pushed to […] Will a replacement credit card have the same number?

Sooner or later, you’ll need a replacement credit card. If it’s sooner, it’s because you’ve either lost it, it was stolen, or the bank that issued it found a compromised situation and is sending you a new one as a preemptive strike to protect you. If it’s later, it’s because […] How to negotiate better credit card fees, interest, and debt

If you have a credit card, or even two or three of them, you might already know how convenient they are. They’re a blessing when you have an emergency or are short on cash and need to put gas in your tank, buy food, or even that shirt you just […] What does a negative credit card balance mean?

A negative balance on your credit card means you’ve overpaid in some way. Perhaps you’ve accidentally submitted a higher amount than required by your payment or you’ve returned something to a store at a certain time during the billing cycle that resulted in this negative balance, or credit, for you. Can I make multiple payments a month on my credit card?

You probably know that to keep up with a good credit standing and have a high credit score, you need to make your credit card payments on time. It’s even more important if you’re just starting out into the world of credit cards so you can build a strong credit […]

When is it too late to back out of buying a house?

It’s too late when you get to the contract stage, particularly once they are signed and exchanged. Is a real estate license worth it? – What no one tells you

Yes, it is! When you get your real estate license, it can boost your investing career. You’ll be able to network with other licensed agents, find the best deals, and make more of that beautiful green money through commissions and incentives.